"The NFT.NYC Times Square Billboards was our best marketing of 2021" - Boson Protocol

In 2023, NFT.NYC again engaged 5 of the major Billboard properties in Times Square to feature its partners throughout NFT.NYC Week. 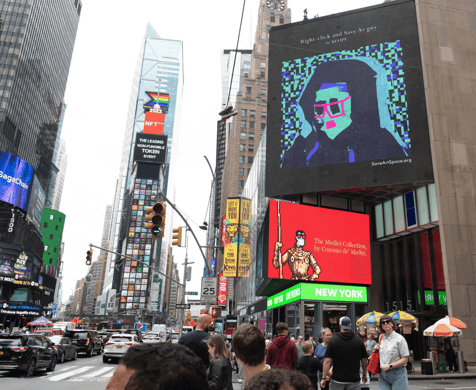 Your 15 second clip will be presented 25 times in total, across 5 Billboard screens (on average, each clip will display 5 times per Billboard screen for a total of 6 minutes and 15 seconds of airtime!) on April 11th - 8:30-9:30pm

Your 15 second clip will be presented approximately 560 times in total, across 5 Billboard screens over 8 days (over 2 hours of airtime!). April 9 - April 16 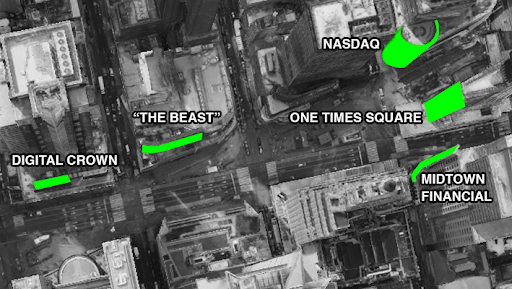 NFT.NYC is committed to the health and safety of our attendees.

Such requirements are subject to change - We suggest that all attendees remain abreast of the local health guidelines directly from the NYC.Gov Department of Health website, linked below.

NFT.NYC has an exclusive offer on accommodation at the Marriott Marquis Times Square.